Making a difference in the lives we serve.

Food is Donated or Purchased

Food Arrives at the Foodbank

Out of state food donations are delivered, and local food donation programs are picked up and everything is properly stored in temperature-controlled warehouses, freezers, and coolers.

Once the Foodbank receives a shipment, it inspects for quality, sorts and repacks the items for distribution to member agencies throughout its service area.

Local food pantries, soup kitchens, shelters, school programs and backpack programs receive food from the Foodbank and then give it to those in need. 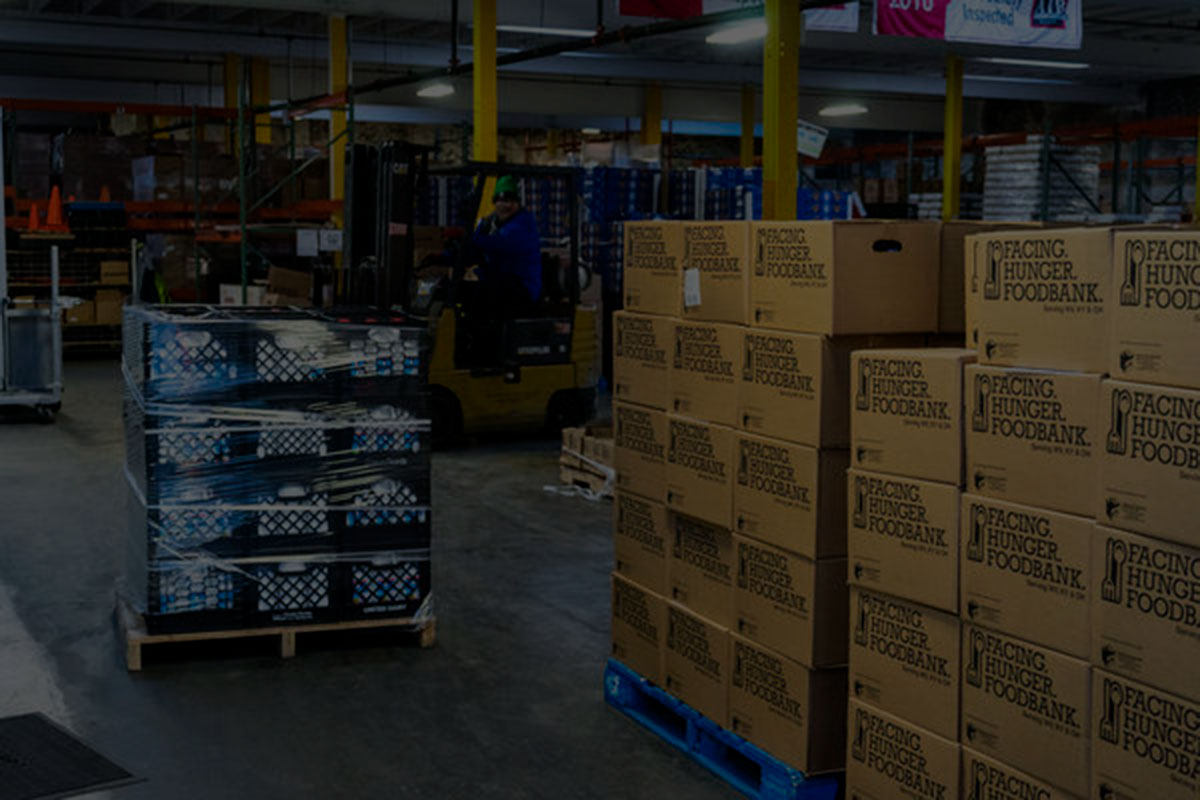 Facing Hunger Foodbank distributes emergency food through 248 Partner Agencies and Programs including soup kitchens, neighborhood centers, family crisis centers, and homeless shelters for adults and children. By accessing food from the Foodbank rather than purchasing from commercial outlets, each of these Partner Agencies has expanded resources to advance their own missions.

Facing Hunger Foodbank is a private, non-profit, charitable organization founded in 1983 and is incorporated in West Virginia. Formerly known as the Huntington Area Food Bank, the foodbank initially served Cabell and Wayne Counties. The need was so great across the region that the foodbank expanded its service area after just its first year of operation. The foodbank’s service area currently includes 248 agencies across 17 counties in West Virginia, eastern Kentucky and southeastern Ohio.

Facing Hunger Foodbank is an affiliate of Feeding America, the nation’s leading domestic hunger-relief charity. Through this program, the foodbank provides services to 17 counties in the region.

The foodbank also receives financial aid from the federally funded Emergency Food and Shelter Program (FEMA), allowing food to be purchased for member agencies in Cabell, Lincoln and Wayne Counties.

The foodbank also receives and distributes USDA commodities through the Commodity Supplemental Food Progam and The Emergency Food Assistance Program in West Virginia and Kentucky.

Grants help to sustain specific programs like the BackPack Program and Mobile Pantry Program. These programs help ensure clients of all ages have access to enough food.

Food drives held by the National Association of Letter Carriers (NALC), public schools, local universities and numerous business and civic organizations in the Tri-State help to stock the Food Bank. Their charitable giving of food items, both perishable and non-perishable, is greatly appreciated.

Facing Hunger Foodbank was named Best of Huntington Award in 2012 by the Huntington Award Program Committee in the Best Non-Profit Organization. For two consecutive years, the foodbank has received a 4-star rating from Charity Navigator, the nation’s premier charity evaluator. The foodbank is also in the Guinness Book of World Records for the world’s largest donation of baked goods. ViSalus donated 52,000 pounds of its all natural “mini-meal” Nutra-Cookies.

HELP SOMEONE FEED THEIR FAMILY

As long as we have issues getting fresh food to everyone, and people struggle with unemployment, we will have problems. Please help us help them.